A downloadable game for Windows

Dark hotel is a first-person short horror game created by a solo developer. The game takes place in a hotel that is dark enough and creepy. You are completely alone in this hotel but there is something sinister that haunts you. Can you get out of this terrible place before you lose sanity?

The game is inspired by P.T but takes place in a hotel

The game heavily contains Jumpscares! If you have heart disease, please avoid playing this game.

If you liked the game and wanna support the development of the next projects, do consider donating via this site. I appreciate all the supports.

P.S. For the best experience wearing headphones is recommended.

If you played the game, please consider rating the game

Viewing most recent comments · Next page · Last page
Tasef32 days ago
An amazing game i loved it!
Reply
BibblyDibbly63 days ago

loved this Game, and I gotta say.. I Did get scared!! Why you gotta do me like that 😂

Reply
Wicksley88 days ago
Impressive graphics and a few nice jump scares, I found the movement was quite slow but apart from that a good experience.
Reply
Night Dive88 days ago

Pretty good atmosphere and lighting, but the lighting around the corners of the stairs is a little weird, and it would be nice if the player could choose to move faster.

This game got me good LMAO The woman was pretty scary, overall a very unique and fun experience. The beginning of the game seriously set the mood. Idk how you made the environment so scary, but excellent job on that!

One Two The Tall Woman Comes For You,

Three Four All The Doors Are Locked,

Fun game and got me a few times

Reply
Maddawg22124 days ago
The only complaint I have with this game is its length. It has to be converted into a longer game by the developers. Otherwise, I thoroughly enjoyed it.
Reply
HaFaLi124 days ago

Reply
mistamustad130 days ago
2nd game, a bit rough around the edges but pretty good. got me a few times !
Reply
Sahreth 'Baphy' Bowden131 days ago

This game really captures the creepy feeling of hotels during the night. How everything gradually became darker and darker to where it felt you were trying to navigate a void was awesome.

its the First game in the video, I loved the the Classic horror tropes, and that it didn't feel like it was taking it self too seriously,  a great little game, a bit short but fun,

I'm looking forward to seeing more projects from you! <3
Reply
Rhys Sanders140 days ago
Incase you missed it, played at 13:14 it was a a horrifying pleasure to play.
Reply
InvisibleInc156 days ago (1 edit) (+1)

this is REALLY quite the impressive game, the visual polish and high quality sound design are incredible. this could easily be mistaken for the AAA first person games of yesteryear, and it was made by one freakin' dude.

it is about 15-20 minutes long.  don't let yourself be bothered by the vibes the game is putting off around the 12 minute mark like you're just getting started exploring the hotel, because you are actually already at the ending's precipice.

To be frank, I was really not a big fan of the ending where you just kinda take yourself out like the trash. In horror, I like playing doomed characters that are passionate about surviving, nevermind how doomed they are. Jill Valentine desperately wants not to be a sandwich, Harry Mason is fighting this impossible nightmare to look for his daughter, James Sunderland is both doomed and already in hell (what a combo) but this is shit he has to grapple with for the entirety of the game, his coming to terms with it in fact makes up most of the game. In this you refuse to walk let alone run away from an obviously haunted  house, obligingly slow-walk through numerous jump scares to the designated murder room, where there is a chute filled with sacked bodies and to finish the game you literally need to throw yourself down the murderchute, which it seems goes without saying leads directly to hell, the only thing that would make sense. There is something about the idea of the player avatar in this game just resignedly throwing herself down the corpse chute because it's the only way to make the nightmare stop is more sad than it is scary.

i really enjoyed this game, keep up the good work dev's

My gameplay, this was definitely not 5-10 mins for me but I'm a special player. Enjoyed it :)

Great game! A partner and I are going to use it for our Game Dev Cinematic final. We need to make a trailer for an itch.io game that doesn't have one. Any chance you could make a quick build without the red dot and just the hand? It'd make for some cleaner footage!! Either way I'll be sure to post what we make when it's done. Thanks

Got that trailer done. Hope you like it, your game was great to work with for the project!

Loved the game, got me many times. Kept me on my toes, keep up the amazing work and left a follow =D your game starts at 28:20 in the vid

jump scares got me good man, think I’ve played another game of yours in the past , you got talent, keep it up 👍

WHAT WAS THE REASON LOL!!

My throat hurts from screaming too much.

In this video I play 3 scary games; The Smiling Man, Dark Hotel & Karantiin. These games was amazingly scary and funny at the same time. I hope you guys enjoyed the video as much as I did Making it for you. PLEASE SUBSCRIBE AND LIKE IT HELPS THE ALGORITHIM OF MY CHANNEL SO THAT MORE PEOPLE CAN WATCH IT. If you enjoyed leave a like👍.

Really great Game! The visuals and the sound are super creepy. Gave me a view good scares! Good Job (:

Loved this game, and in my outro of my video I had said some thing that would have made game a bit better if your looking to still work on this game, I'd love if you did consider adding anything or changing anything. I'd do a updated video over it too if you did. But if you don't its fine I loved every second of this game. :)

The game is a bit strange. The time it took for the first event to fire, the man yelling it agony followed by darkness, took a bit longer than expected. The darkness itself is over done. I don't get why a flashlight isn't in this game either. I took a screenshot of a dark area and tried adding brightness back to it only to find the dark walls were actually black so it leads me to question, did you adjust the lighting or did you just use black textures for the dark areas? If it's the latter of the two please use a lighting adjustment. It is was too hard to navigate the map if you can't really even see what you are running into.  Speaking of that, you move in slow motion, why? I get that you may have slowed the player down to prevent any mishaps with the first jump scare to prevent being able to see it unload when you shouldn't, but can't you just speed up the monster on the 2nd floor so the player could also move faster? Also the fluent gameplay stops after the event with the corpse and the lights breaking. It took me 30 minutes after that point to find where I needed to go to end the game.

Ambience and the atmosphere is very well designed and the scares aren't many, but effective. Travelling through a haunted hotel as the environment gets more gruesome and tenser. Very good horror experience. Thank you for making this! 1st game.

fun game, not scary at all but one problem it has is that the stairs were invisible for some reason, and has an invisible brick blocking me from getting to the second floor.

Really liked this, here's my reaction, in spanish, hope you enjoy!

This game was definitely inspired by P.T. The only thing I was disappointing was the fact it was so short, that and it being very dark in so dark in some places I couldn't tell where I was going unless I walked backwards while facing a lit area. I did find one bug or maybe it was a feature? The way the game was in total it's hard say but one of the stairwells was invisible. Was this intentional or part of the spooky nature of the game? Regardless of any flaws this games was scary!!

Reply
SyrahVT262 days ago(+1)(-1)
WOW! This was really good, would love to see it as a full game
Reply
Viewing most recent comments · Next page · Last page 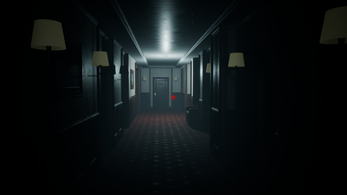 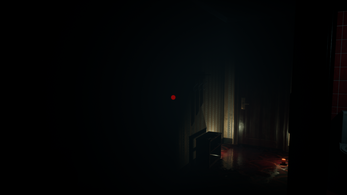 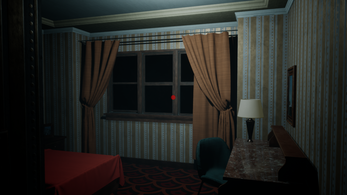 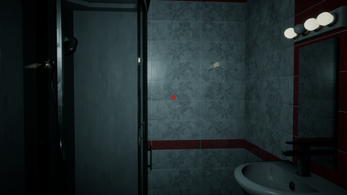 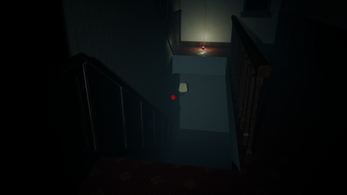 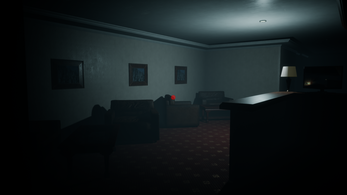